It is the fashionable gift for lovers of books and reading. Is it a detail orOriginal, practical, fun and children and not so children will love it, thus promoting their habit of reading in a world that is increasingly dominated by new technologies...

WHAT IS AN EX LIBRIS STAMP?

Bookplate o bookplate (meaning, literally, "from among the books") is a mark of ownership that usually consists of a stamp (engraving), label, or stamp that is usually placed on the back of a book cover or cover or on its front blank page (for example, on the title page), and containing the name of the owner of the item or the owning library. The owner's name is usually preceded by the Latin expression ex libris (or also, frequently, former library o e-libris), although variants can be found (for example, "I am from..." or similar).

In addition to the legend that accredits the book's belonging to a personal or institutional library, the exlibris generally also displays an image. The oldest examples use heraldic shields; images of allegorical or symbolic content also predominate (many times accompanied by some motto). The typology of the images has been diversifying a lot: there are many, for example, those related to the profession, activity, guild or hobby of the owner of the book, there are also many of erotic content (which usually indicates that the copy belongs to a collection specialized in that theme), a “macabre” theme (with skeletons or skulls alluding to the passage of time and death), monograms, etc. Motives related to the world of books and libraries are also frequent.

Regarding the elaboration of the bookplates, the techniques used have evolved and are very varied: before the invention of the printing press, the bookplates consisted only of a handwritten annotation; Since the fifteenth century, various engraving or stamping techniques have been used related to book arts (xylography, chalcography and others) and later also lithography, serigraphy, photoengraving and others). To these traditional procedures, design and computer printing or photographic reproduction were later added. Rubber or dry stamps are also used, which produce a stamping in relief.

A variant is known as superbooks, in which the written property mark and the image (usually heraldic) appear on the binding of the copy (embossed on the leather binding, embroidered on a cloth binding).

Why give away an ex libris stamp?

If you are tired of giving away the typical perfume or item of clothing, giving an ex libris stamp is 100% original. That if... there is a condition... The person for whom it is intended must be a lover of books and reading!

You will be able to identify all your books in an original and fun way. So surely when you lend a book it will be back in less than you expect.

You will spend very entertaining moments customizing your entire library, on the cover, on the first page, on the front, on the back cover... any site is ideal to leave your personal mark

For very little money you have the opportunity to give away something original and fun. We have multiple packs of personalized ex libris stamps with accessories, one for each budget.

The Little Prince is a short story by the French writer Antoine de Saint-Exupéry, which tells the story of a young prince who departs from his own asteroid on a journey through the universe. Once there, he discovers the strange way in which adults see life and understand the value of love and friendship. The fox appreciates that his existence is boring and monotonous and wants to be tamed, at least that's what he seems to say to the Little Prince since that I would bond with someone

A quill is a writing instrument made from a quill (preferably from the wing) of a large bird. Quills were used to write with ink before the invention of the quill, the fountain pen, and eventually the ballpoint pen. Hand-cut goose quills are rarely used as a calligraphy instrument anymore, especially since many papers are derived from wood pulp and wear down the pen very quickly,

Ex libris is a Latin locution that literally means, from among the books of, that is, a book from among the books of a public or private library. The Ex Libris rosa libro is a property mark that is usually placed on the back of the cover or cover of a book. It contains the name of the owner of the copy or of the owner library. The design is laser engraved on a high quality rubber that offers us a high definition in the details of our stamp.

A lighthouse is a light signaling tower located on the maritime coast or mainland, as a reference and coastal or aerial warning for navigators. They are surmounted by one or two powerful lamps. The Spanish term comes from the ancient Greek (pharos), referring to the signal tower on the island of Faro, in Egypt. Ex libris is a Latin locution that literally means, from among the books of, that is, a book from between Books from a public or private library.

We have a multitude of ex libris stamp designs. Divided by categories, shapes, sizes and theme. You will always find the design that suits your personal brand and if you can't find it you can always use our online designer of ex libris stamps.

Select this option to upload your print-ready art files to our platform.

Explore our designs and customize them to your liking.

Let our experts help you with your design.

and FREE SHIPPING for orders over €49,95 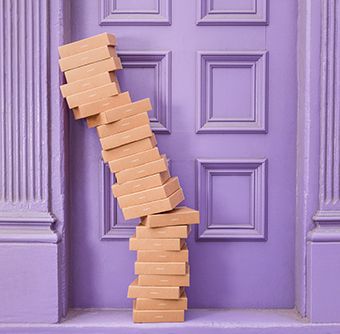 Open chat
1
Do you need help?
Hello how can I help you?